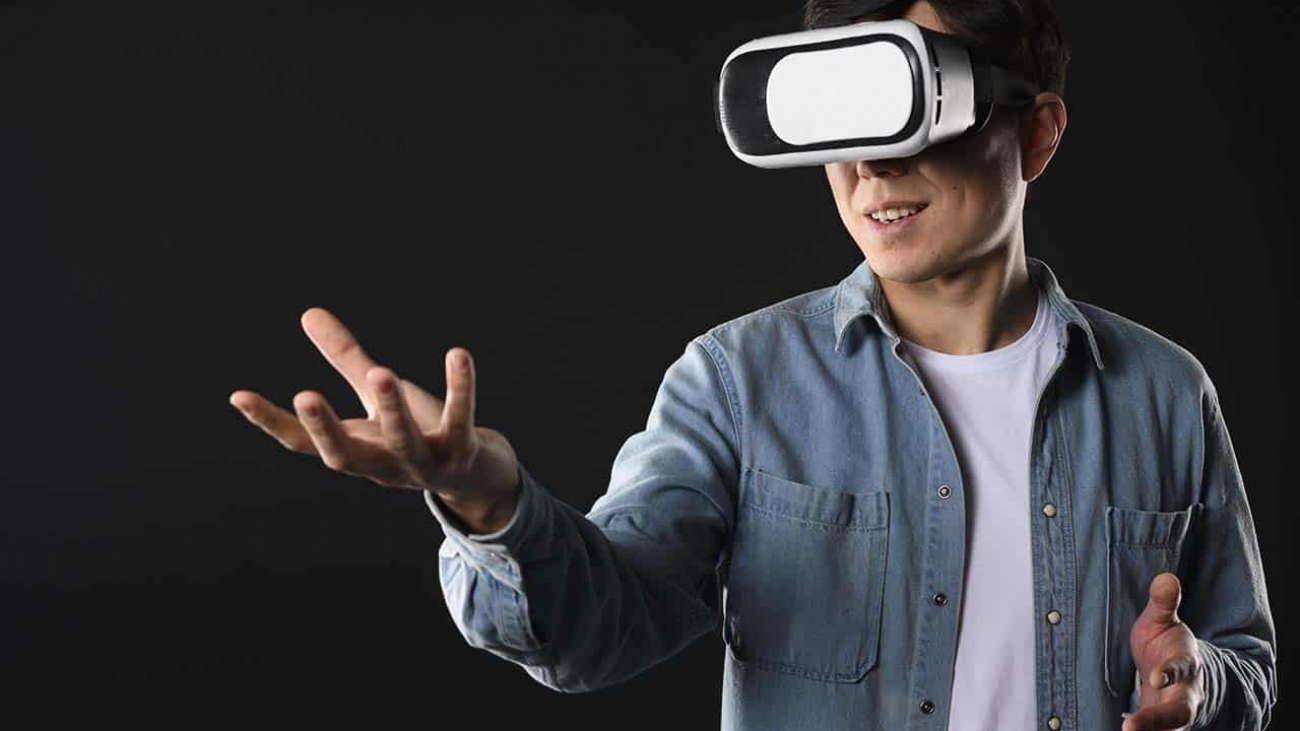 Experts used to worry that virtual reality (VR) would damage our brains. These days, however, VR seems more likely to help our gray matter. A new wave of psychological research is pioneering VR to diagnose and treat medical conditions from social anxiety to chronic pain to Alzheimer’s disease. Many of these solutions are still in laboratory testing, but some are already making their way into hospitals and therapists’ offices.

This use of VR to test and tweak the brain is still very new. And with excitement around VR entertainment and gaming fizzling from its 2017 peak, it’s reasonable to question whether VR therapy is the real deal or just another bubble. The evidence so far is strongly in favor, though, with recent research suggesting psych-focused VR will live up to the hype.

Riding a wave of interest in mental health tech, companies creating VR content for therapeutic outcomes are receiving a deluge of attention and funding. And, while VR has been used successfully to treat post-traumatic stress disorder (PTSD) since the 1990s, these new programs address a much broader range of conditions. The library of Palo Alto–based Limbix, for instance, includes VR content designed to treat issues including alcohol addiction, claustrophobia and teenage depression. Barcelona-based Psious offers treatments for eating disorders.

Today’s VR content is primarily designed to aid exposure therapy, a treatment for anxiety disorders in which patients are exposed to anxiety-inducing stimuli in a safe, controlled environment, eventually learning that the “threats” they’re worried about are not actually very dangerous. For example, someone who fears heights might visit progressively taller buildings under the guidance of their therapist (in vivo exposure), while someone with PTSD might revisit traumatic memories in therapy sessions (imaginary exposure).

Using VR also gives therapists much more control over the intensity of their patients’ experiences, which can lead to better treatment outcomes, said Stéphane Bouchard, the Canada Research Chair in Clinical Cyberpsychology at the University of Quebec. VR therapy patients can also do things they couldn’t do in the real world. “In one of our studies, we asked patients who are afraid of heights to actually jump from a cliff,” Bouchard said.

However, not all VR therapy content is created equal. “At least two or three times a year, I attend conferences where I see start-up companies showing videos of VR environments that are incomplete, untested and definitely haven’t been tried out by psychologists,” Bouchard said. Clearer rules and standards will make it easier for patients and practitioners to identify products that work.

Establishing those rules will require more research into what makes VR therapies effective. A major area of focus should be “predicting who’s going to have a positive response to VR, as opposed to other methods,” said Albert “Skip” Rizzo, director of medical virtual reality at the University of Southern California’s Institute for Creative Technologies.

For example, studies show that patients with PTSD who also suffer from depression tend to respond much better to VR exposure therapy, compared to other treatment methods. Imaginary exposure can be a struggle for patients who also have depression, “since a depressed person is less able to engage in their trauma memory,” Rizzo said. VR exposure, which simulates battlefields and other traumatic, triggering events, can help bring traumatic incidents to life for depressed patients so they can begin unlearning their anxiety response.

Optimizing VR content could also mean experimenting with other sensory stimuli beyond visuals. The biggest question is which types of interventions make the most difference to therapeutic outcomes, said Rizzo: “Is it the addition of good immersive audio? Does tactile feedback add anything? Adding virtual smells into the session, does that help?” (In case you were wondering: Yes, there is a start-up working on VR smells.)

In addition to potentially providing better outcomes for treatment, VR may aid diagnosis. For example, since the technology can immerse every patient in the same scenario, some researchers believe that VR-based diagnostic testing for conditions like schizophrenia, ADHD and autism could offer more objective results than today’s interview-based methods.

Further, because VR imitates the patient’s everyday environment, it also lets clinicians test symptoms that are usually out of reach. In a 2016 study, researchers from the University of Cambridge and University College London described their proof of concept for a VR program to diagnose Alzheimer’s disease. The researchers said the VR test enabled them to diagnose early-stage patients much more accurately than “gold standard” pen-and-paper cognitive tests.

Alzheimer’s affects navigational ability as well as memory, but until VR headsets became portable and affordable, it was not possible for clinicians to test those deficits. As one of the researchers, Cambridge neuroscience lecturer Dennis Chan, said: “It would not be practical for me to test a patient’s navigation by driving them into Cambridge and asking them to walk back to the clinic.”

By contrast, the researchers’ VR test asks participants to navigate between a sequence of landmarks in a simple 3-D landscape. Each landmark disappears once it is reached; at the end of the test, the subject is asked to navigate back to the location of the first landmark. The patient’s ability to find the correct spot predicted whether they would develop Alzheimer’s with 93 percent accuracy, compared to only 64 percent and 79 percent accuracy of the pen-and-paper tests.

Does this mean neurologists are going to start fitting their patients with HoloLens 2s or Oculus Rifts? Not necessarily,said Chan. He thinks the most important application of VR testing will be in clinical trials for new Alzheimer’s drugs. Currently, researchers typically test a drug’s efficacy in human subjects with pen-and-paper tests of memory, while testing in animal trials is done using water-based mazes. But the use of different tests limits comparability of trial outcomes across the different species. This problem can be overcome if drug trials tested navigation similarly in both animal and human subjects, using VR to deliver human tests comparable to those used in animals. “Maybe the drugs [that have already been developed] were good, but the way in which outcomes of drug trials were measured was not so good, contributing to negative trial results,” Chansaid.

It’s even possible that VR could augment or replace traditional mental health therapy for some patients. Smartphone apps like Joyable walk users through five-minute activities based on the principles of cognitive-behavioral therapy (CBT). Why not a VR equivalent? One 2018 study revealed good clinical gains from a VR therapy scenario to treat fear of heights that included a “virtual” therapist in the VR environment.

Incorporating AI therapists into VR programming could have many advantages. For example, it could make mental health treatment more accessible to people who lack time or money to see a practitioner in person. Bouchard said that self-guided VR therapy could function similarly to self-help books, which are available in any bookstore or library. “It’s a relevant advance for patients who don’t have access to treatment or who do not need such a tailored treatment,” he said.

However, Rizzo cautions that self-guided VR therapy comes with risks. For example, in a human-guided VR therapy session, therapists monitor a patient’s heart rate, respiration and other vital signs. They can modify scenes or cut the session short if a patient becomes too anxious. AI therapists may not respond as well to these tricky situations.

“When people start to self-diagnose and self-treat, buying software off the web, you’re opening the door to a slippery slope of mistreatment,” Rizzo said. “The next biggest controversy [in] psychology is going to be: How far can we go with AI and virtual therapists?”

Though it might be a while before VR fully replaces traditional diagnostic techniques or the proverbial therapist’s couch, it will certainly take on an increasingly important role in the treatment and diagnosis of mental health and brain disorders. Like any powerful emerging technology, VR for the brain is likely to be vilified by some even as it’s held up as a panacea by others. Only time will tell the real outcome—but for now, VR for the brain is here to stay. 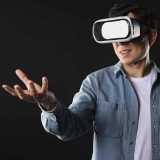 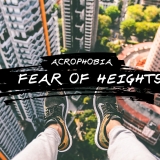 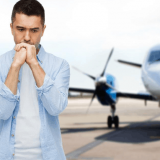 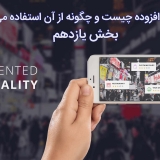 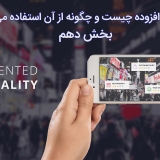 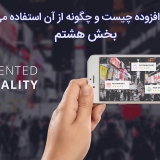 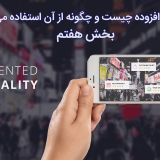